“Now that it’s all over, what did you really do yesterday that’s worth mentioning?” ~Coleman Cox

Gary Wozniak is a ‘serial entrepreneur’ and a recovering drug addict with a 3 ½ year prison record.  His business partner is Charles Cross, a professor of architecture at the University of Detroit.  Together they have spent the last four years creating a vision of hope for the city.  Few people can imagine it, given the decay that exists there now.

I heard of their vision while attending The Urban Agriculture Summit this past summer in Toronto.  I was so intrigued by their story [and yes, their pictures] that I recently drove down to Detroit for a first-hand look and to spend time asking questions in an effort to more fully understand what their project, Recovery Park, will look like.  What I learned changed my image of Detroit dramatically.  Certainly, it changed the image that I have of the Detroit of the future.

Picture this: a city with a peek population of 1.9 million people in 1951 where approximately 700,000 people now live.  Detroit averages a loss of 65 residents every day.

The city owns over 200,000 homes and empty building lots, taken back for unpaid taxes.

Is it any wonder that a quick drive down just one street in the heart of Detroit sends shivers down the spine of a visiting Torontonian?  We are not used to the idea of living in urban space that suffers from neglect at this level.  When we buy a piece of real estate here, we are hopeful that the property might increase in value over time.  We certainly cannot imagine a sign hanging on the front of a functional, two story solid brick, fully detached home in downtown Toronto that reads “For Sale.  $250.  $110 a month.”   I saw this only half a block from the offices of RecoveryPark on Grand Boulevard.

If images of the movie Gran Torino, starring Clint Eastwood, enter your head, it is instructive to note that the movie was shot only blocks from this location.

What IS Recovery Park?

The mission: job creation for people with barriers to employment.

The concept is to create a network of urban farms that are maintained and serviced by recovering drug addicts and alcoholics.  Skills are taught to workers who otherwise have ‘barriers to employment’.  Most have been incarcerated in their past.  Each employee will maintain their case management for recovery, they will receive career coaching, their medications will be overseen and opportunities will be given to employees to mentor one another.

Land that is otherwise wasted is plowed back into production.  This time though, the local population is not producing autos or industrial widgets but tomatoes, lettuce, and tilapia.

Currently RecoveryPark is in the process of securing up to 200 acres for their use this coming spring.  In addition to greenhouses, open fields and a food processing plant, an indoor fish farm for tilapia will round out the fresh food offerings.  The local farmers market, which is the oldest ongoing market of its kind in North America, provides an opportunity for sales, plus CSA’s [Community Supported Agriculture] and Detroit area restaurants provide others opportunities to sell the locally produced food.

Once the produce is processed into jars and cans it will be offered for sale through local food stores and [believe it or not] retail outlets that service the tourist trade.  Wouldn’t you like to take home some canned tomatoes bearing the Recovery label, grown on one of the world’s first urban farms of this scale?

There have been many housing and ‘make work’ projects thrust upon the people of Detroit over the years, all well intentioned, I am sure.  But, according to Gary and Charles, the residents in the area of Recovery Park tell them that this is the first commercial enterprise to be proposed that supports employment of local residents and does not require them to move or travel long distances to get to work.

Building this new agrarian society is a collaborative process, above all, according to Charles.  He adds, “We believe in creating a ‘collaborative design centre’ here in the heart of Detroit.   One that works with church groups, drug and alcohol recovery programs, the municipality, and more than 110 stakeholders who are involved with us at this point.  We believe in true collaboration.”

When Charles is teaching his architecture students the fine points of urban design, he challenges them with the question, “Are you designing for the client or the community?” and he makes it clear that sustainable urban design must fit with the community first.

The obvious question is, where is the money going to come from?   15 million dollars is needed to launch the project as it is currently designed.  The answer is that initial funding flows from a mix of foundation grants, community ‘reinvestment act’ loans, from traditional banks, gap funding from state government and loan guarantees from state government and venture capital sources.  If you have ever negotiated a mortgage for your home, you will understand that this conglomeration of funding sources may be the most complicated piece of this intriguing puzzle.  No wonder it has taken them 4 years to launch this project.

2013 is the year that RecoveryPark gains traction, according to Gary and Charles.  They have hired their first full time employee, Mike Venegar.   He is 60 years old and has spent 38 years incarcerated.  Perhaps it was Mike who revealed the greatest value of the RecoveryPark experience when he said, “You know, when you are ‘inside’ your self esteem goes way downhill.  When you get out [of the penitentiary] you do not feel qualified to do anything.  You feel worthless.  This work has given me the opportunity to be part of the revitalizing of this city.  I want to open this door to others.”  Mike becomes a little choked up in saying these words, “I am eternally grateful.”

As Gary says, poignantly, “It took over 60 years for the city to become the mess that it is, it will take 60 years to fix it.”  And determined to ‘fix it’ he is.  Along with a cast of dedicated individuals who share the vision, they are determined, above all, not to give up on Detroit.

For details go to www.recoverypark.org 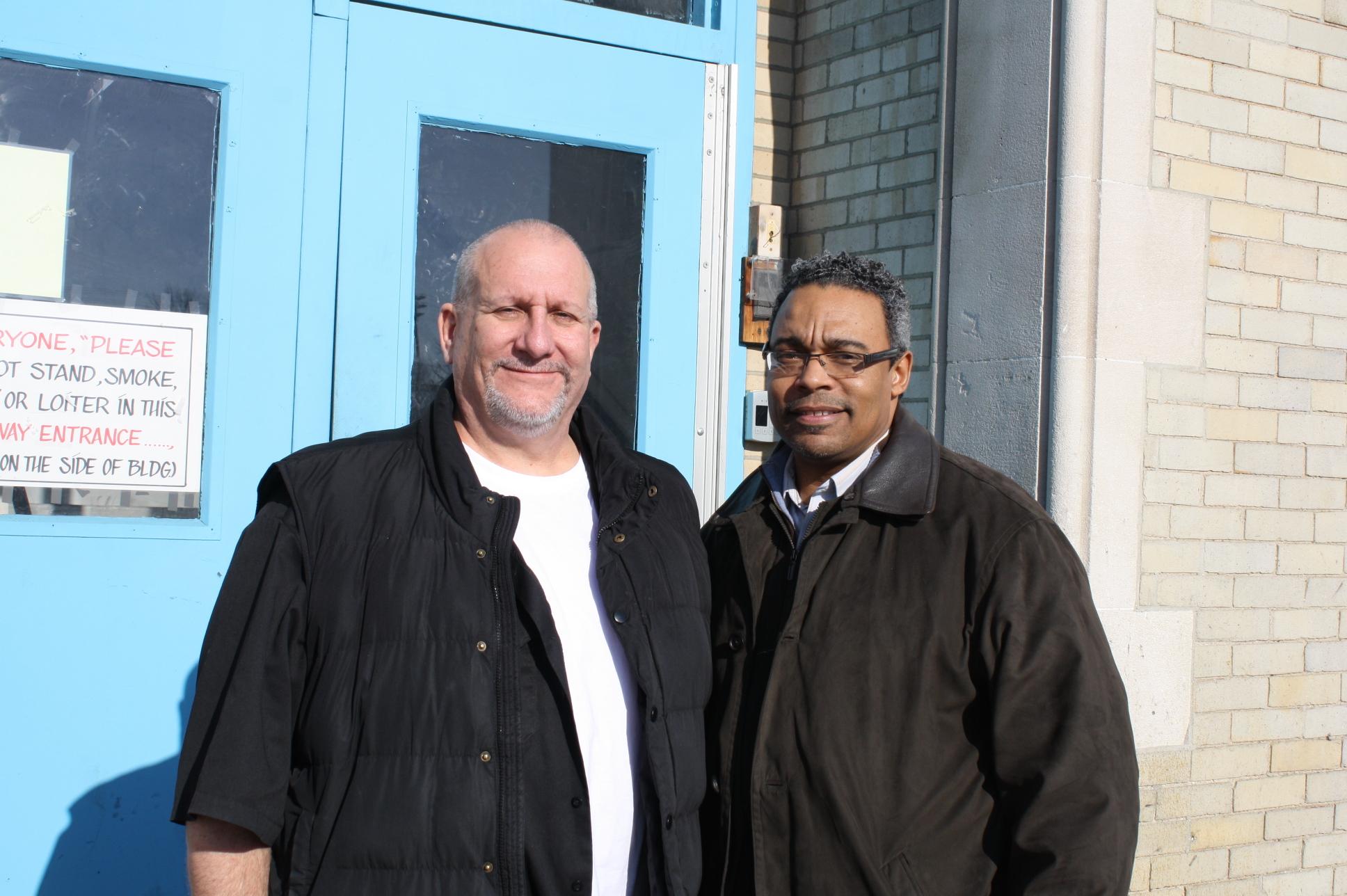