Mark Cullen has been broadcasting and writing about the gardening experience since the early 80’s.  He has written 23 books, including two biographies.  Escape to Reality is Mark’s 24th book (his son Ben’s first).  He says, “This is the most exciting book that I have ever written as it reflects the experience and passion for Canada’s most popular outdoor leisure time activity of two generations, mine and son Ben’s”

Mark began his professional retail career with his father Len Cullen in 1979.  Together they created Cullen Country Barns in Markham Ontario, for which they won the Entrepreneur of the Year Award from the federal government in 1988.

Their company, Weall and Cullen Nurseries Ltd. was listed in the 1989 50 Best Companies to Work for in Canada by the Financial Post.

Mark sold the business to his nearest competitor Sheridan Nurseries in 2003.

In 2004 Mark became the national spokesperson for Home Hardware Lawn and Garden and launched the proprietary brand Mark’s Choice exclusively with Home Hardware the same year.

In 2020 Mark concluded his contract with Home Hardware and retains the rights to the Mark’s Choice brand and trademark.

Mark and son Ben produce a bi-weekly podcast The Green File, write weekly for The Toronto Star and syndicate to 31 other newspapers across Canada, the publish a monthly newsletter which is distributed to 22,000 Canadians.  Ben loves food gardening; Mark is passionate about pollinator corridors and trees. Together they create a fun, engaging and well rounded message for all Canadian gardeners.

In 2016 Mark was awarded the Order of Canada for “his connections with everyday Canadians through his gardening and environmental messages.”

He is the Volunteer Chair of the Highway of Heroes Tree Campaign and Canadian Trees For Life  www.treesforlife.ca

Mark is the honorary patron of SHARE Agricultural Foundation (A Hand Up not a Hand Out) providing resources to subsistence farmers in Central and South America. www.shareagfoundation.org

Mark is the national spokesperson for the Composting Council of Canada and board member emeritus of Canada Blooms. 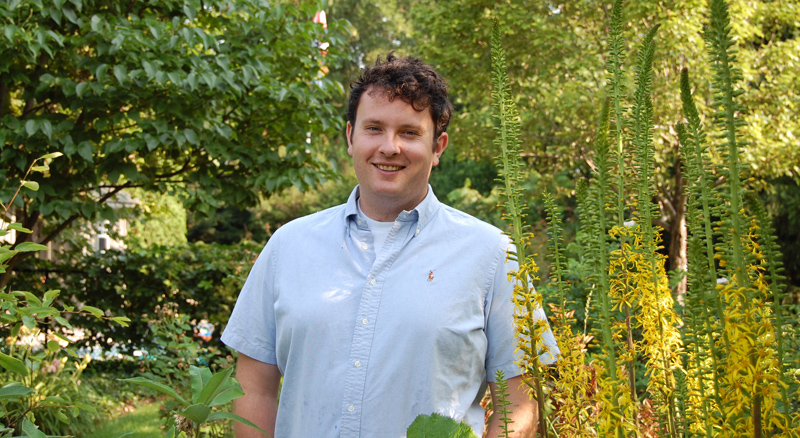 Ben’s interest in growing really began while working maintenance at the local golf course through high school, before heading off to the University of Guelph, Ridgetown Campus where he completed a Diploma in Agriculture.

After working in agricultural research, Ben headed east where a Bachelor’s of Commerce from Dalhousie University in Halifax eventually led him into the food industry.

Three years into the food business, Ben took a break to pursue a dream of travelling overland from London, UK to Shanghai, China.

Now that Ben is back home, he looks forward to channeling his passion for food, travel and growing back into Mark’s original mission – connecting and inspiring people with things that grow.