History of the Canadian Tulip Festival

The history of the tulip became inextricably entwined with Canada during the Second World War while the Nazis were occupants of The Netherlands. Dutch Royalty were spirited out of the country just before the Nazis took control. They originally landed in Great Britain and later moved to Canada to seek safety.
On January 19, 1943, while in exile in Canada, Princess Juliana gave birth to daughter Princess Margriet at the Ottawa civic Hospital, which was temporarily declared extraterritorial by the Government of Canada, to ensure the princess would hold exclusively Dutch, rather than dual nationality. (The latter would have affected her status in the line of succession for the Dutch throne. At the news of the princess’s birth, the Dutch flag was flown over the Peace Tower and Dutch music rang out from its carillon. Overseas, the princess’s birth was seen by the Dutch as an important symbol of hope and source of inspiration.
May 2, 1945, following five years in exile in Canada, Princess Juliana and her children were reunited with Queen Wilhelmina in the liberated part of the Netherlands. As a show of gratitude for her stay in Canada, and for Canadian soldiers’ role in the liberation of her homeland, Princess Juliana presented to the people of Canada a number of gifts, including 100,000 tulip bulbs. The following year, an additional 20,000 bulbs were received in Canada, with a request to plant them on the grounds of the Ottawa Civic Hospital.

The Netherlands has been sending thousands of tulips to Canada every year since 1945 as a gift from the Dutch Royal Family in thanks for sheltering Princess Juliana during World War II.

The world’s largest tulip festival, now encompassing a 10-day celebration each May, was established in 1953 to preserve the heritage of Canada’s role in liberating the Dutch during the Second World War. The tulip remains a valuable symbol of friendship and of spring, with special meaning to the people of Canada. 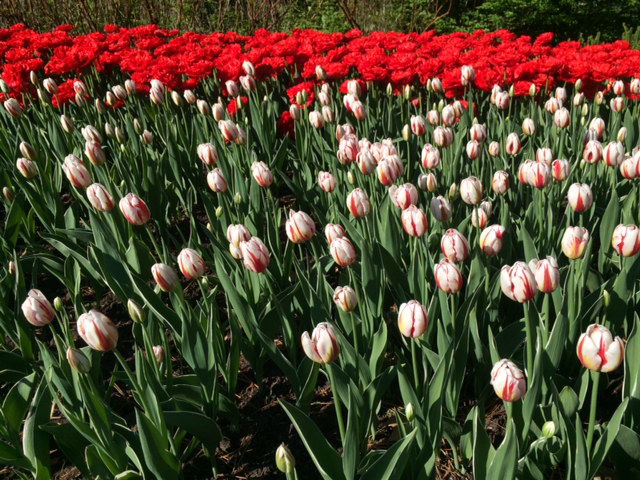 In the early ‘50s the arrival of Princess Juliana’s gift of tulips generated great interest, curiosity and admiration among Canadians and the magnificent display of tulips quickly became a treasured tourist attraction in the Nation’s Capital. Stunning pictures became a springtime ritual in newspapers and magazines nationwide, in turn inspiring events centred on the annual arrival of a blossoming number of tulips of many colours.

In 1953, at the suggestion of world-renowned photographer Malak Karsh, The Ottawa Board of Trade spearheaded the creation of a Canadian Tulip Festival, to be held each May in Canada’s Capital. A celebration of the arrival of spring as well as a commemoration of the significance of the tulip and its wartime connection in Canada, the festival has grown each your to become the largest of its kind in the world attracting over 500,000 visitors annually.

For more information on the Ottawa Tulip Festival go to: www.tulipfestival.ca 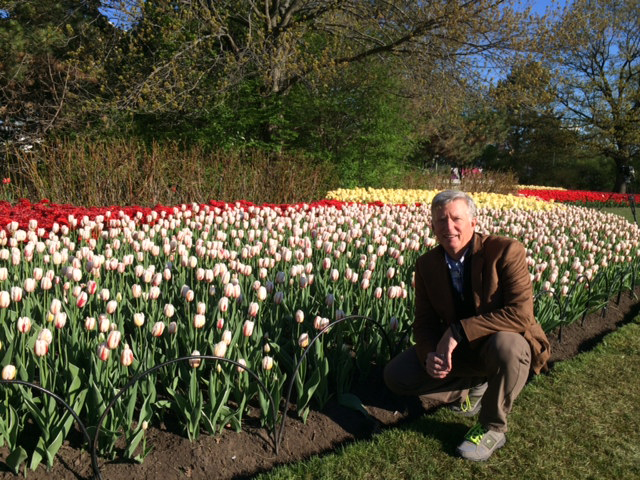