More than 300 trees were planted in Intrepid Park (Whitby) on Friday, June 14, as part of the Highway of Heroes Living Tribute – honouring Canadians who have served their country. 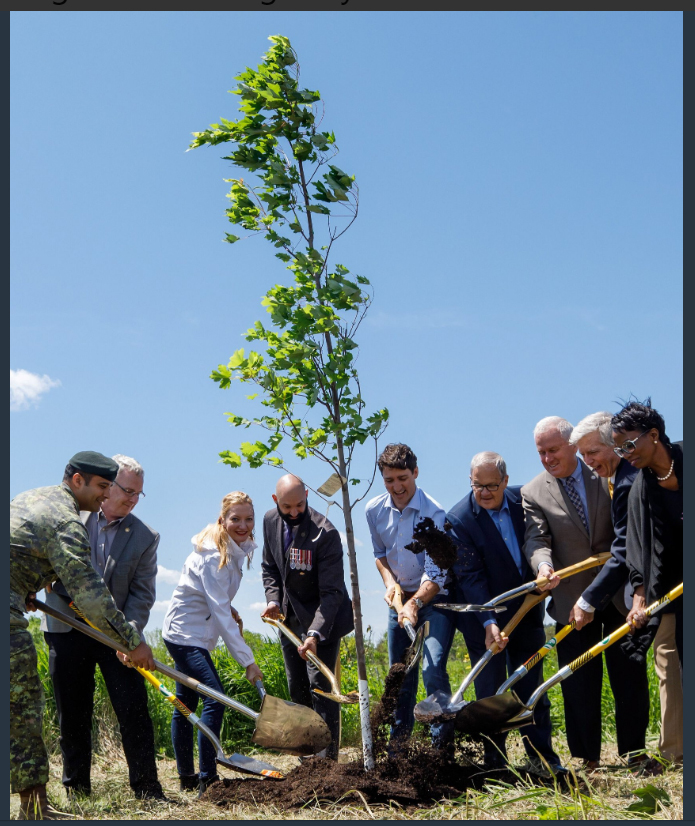 We would like to take this opportunity to say Thank You for the incredible support of the Highway of Heroes Living Tribute.  T hanks to more than 2500 private Canadian donors- many readers of this newsletter- who have donated over $4 million. We would not have attracted government support without your generosity.

Now 75 percent towards our goal.

The Honourable Lawrence MacAulay presented Corporal Nick Kerr with the Minister of Veterans Affairs Commendation. Corporal Kerr served in Afghanistan, has made a huge contribution to the Highway of Heroes Living Tribute and works with veterans as they transition out of the military. 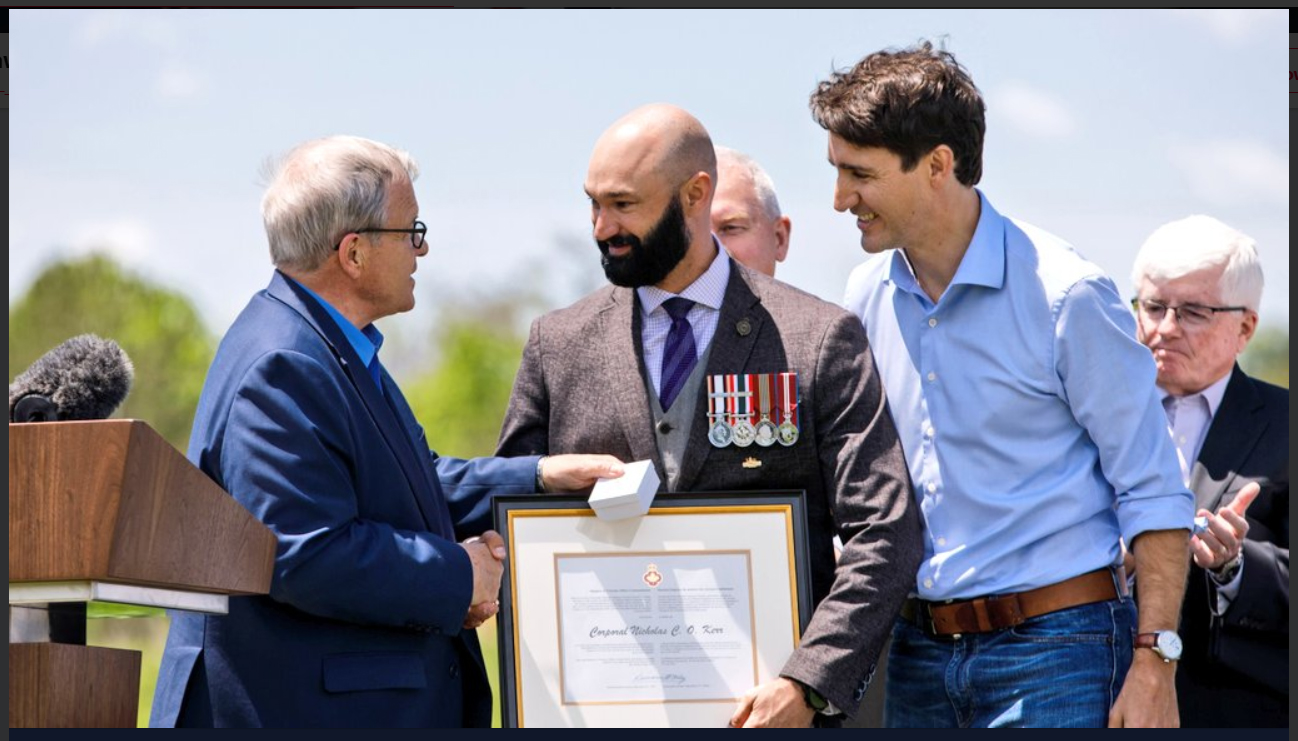