Excerpted from The New Canadian Garden, 2016, Mark Cullen. All rights reserved. Published by Dundurn Press.
Biodiversity is a relatively new word, an amalgamation of “biological” and “diversity,” it has only been around for a few decades. Thanks to Raymond F. Dasmann, the term biological diversity made its first appearance in the late 1960s but didn’t become a common phrase until Thomas Lovejoy introduced it to the world in a foreword written for the book Biology: An Evolutionary-Ecological Perspective. In 1988, E.O. Wilson popularized the term Biodiversity with the publication of his book of the same name.
Today, there are as many definitions of biodiversity as there are scientists who study the concept. And while there are no official definitions, a good number of them are complicated and wordy enough to seem official to someone. The Convention on Biological Diversity defines it as, “the variability among living organisms from all sources including inter alia, terrestrial, marine and other aquatic ecosystems and the ecological complexes of which
they are part; this includes diversity within species, between species and of ecosystems.”
Backyard Biodiversity
I think of biodiversity in terms of my backyard. Of course, biodiversity applies to each and every ecosystem that comprises this planet, but it’s easier to think of it in smaller terms. My backyard is a conglomeration of trees, shrubs, small plants, insects, spiders, birds, reptiles, amphibians, and many other related organisms. I do not see all of them, and I doubt I ever will. The biodiversity that exists within my backyard is made up of all of these living organisms. If I plant a new species, say, something native like milkweed (Asclepias spp.), I have introduced a new species to the ecosystem, thereby increasing the biodiversity of my backyard. Not only have I introduced a new plant, but there is a good chance that monarch butterflies will start to visit from a neighbouring property or the forested area nearby. 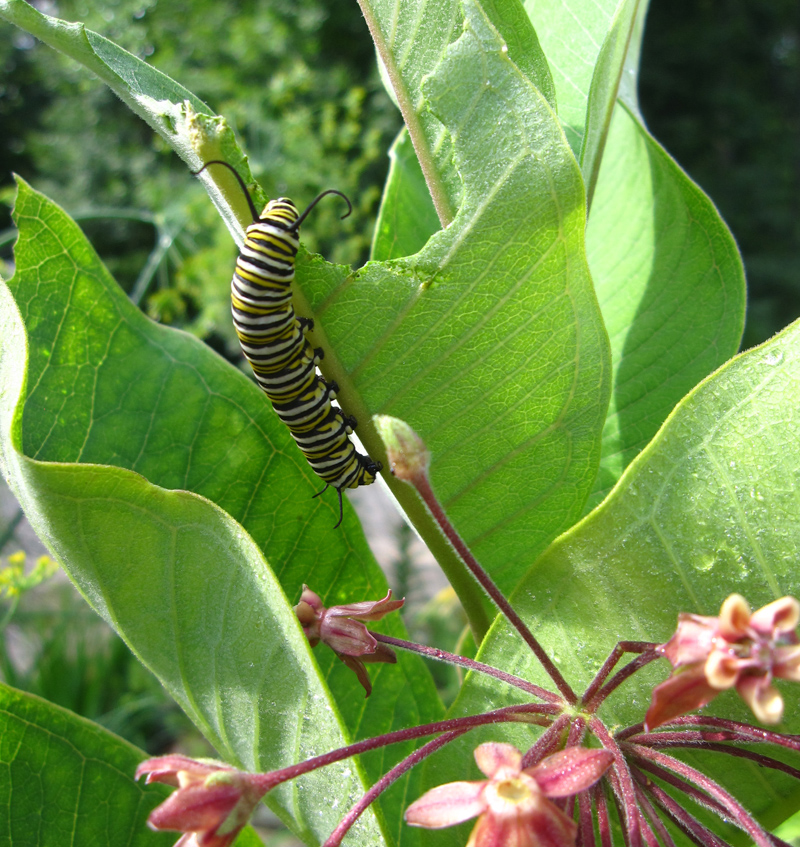