Last week I reported on the content of a fascinating new book titled What a Plant Knows.  I talked about empirical evidence that plants see and smell.  Today I explore how a plant feels, hears, and what it remembers.

The author, Daniel Chamovitz, director of the Manna Centre for Plant Biosciences at Tel Aviv University, has a writing style that even I can understand.  This is not high brow scientific information from an industry journal: it is extraordinary stuff about real-world plants delivered in plain language with a sprinkling of humour.

What a plant hears.

I know that a plant does not have ears: that is not the point.  Some days when I am in my garden the sounds of insects, song birds, the wind passing through the trees above, and the movement of water from my water feature creates a ‘cyclical cacophony’.  As the crickets chirp and the toads call out their songs in mating rituals that go back to before the beginning of time, one has to ask, “Do plants hear any of this?”

Chamovitz is clear that we actually lack real evidence that plants do ‘hear’.  We are much more certain that they see, smell, and feel.  However, that does not mean that your philodendron does not like the classical music that you play for it.  Or that your amaryllis is not listening when you speak kindly to it.

Charles Darwin performed many experiments in an effort to prove that plants do indeed hear.  He monitored the effects of his own bassoon music on plant growth by seeing if his music could induce the leaves of the Mimosa plant to close.  It did not and he called the experience a ‘fool’s experiment’.

Many experiments by professional scientists have occurred through the ages, with one conclusion: plants do not hear.  As Chamovitz concludes in this chapter, “[plants] may be deaf, but they are acutely aware of where they are, what direction they are growing and how they move.”  So let’s move on.

Here is an experiment that all of us have taken part in at one time or other: gently brush the sensitive hairs of the Venus fly trap flower and watch it shut its trap, like magic.  While this may be proof enough that some plants ‘feel’ there is much more to the story than that according to the author. 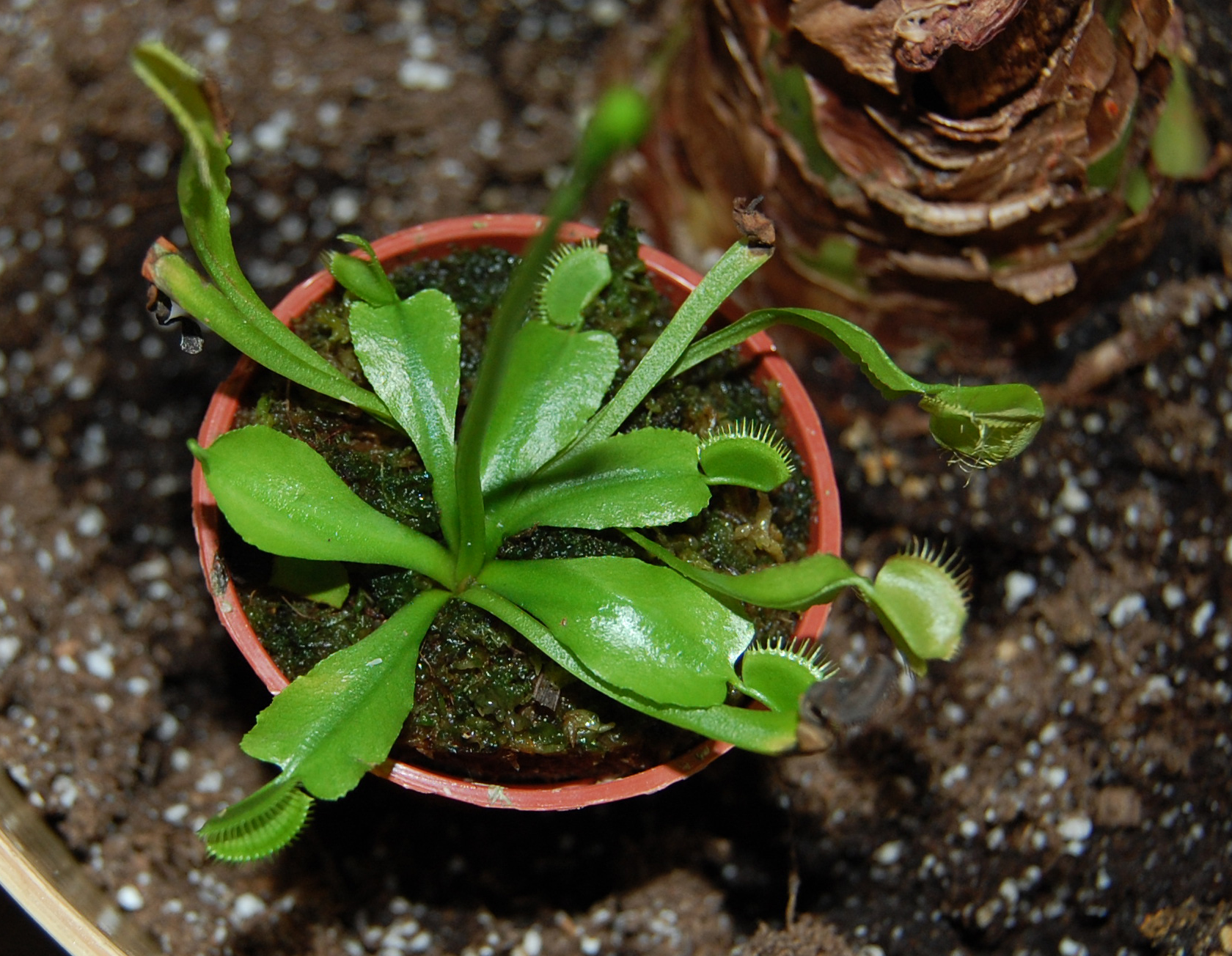 Plants, like the burr cucumber, are up to 10 times more sensitive than we are when it comes to touch.  Vines of this aggressive plant can feel the weight of .25 of a gram.   This is enough to induce the vine to start winding itself around a nearby object.  For the burr cucumber, that is precisely the point.  Being able to grab on to an object with its aggressive tentacles is what this plant does best.  Or worst, if you happen to have them snaking up the permanent plants in your garden.

Back to the Venus fly trap.  Darwin became the foremost expert in the field of carnivorous plants [‘meat eaters’].  His many extensive experiments with them revealed much about plants that had, up until that time, been accepted as a great mystery.

How does a Venus fly trap know that the insect crawling up to the flower is the right size for consumption?  When does it know to shut its trap around the unsuspecting insect?  The answer is that an insect has to touch the hairs on the trap at both ends of it.  Not only that, but the movement from the fore-hairs to the aft-hairs must take place over a precise period of time, indicating to the plant through its internal sensors that the insect is the right size for consumption.  Otherwise the trap simply does not shut.  When it rains, a Venus fly trap does not shut: now we know why.

There is further evidence that plants respond to touch.  Trees growing high on a mountain are often exposed to strong winds and they adapt to this environmental stress by limiting their branch development and growing short, thick trunks.  Growth retardation in response to touch is an evolutionary adaptation.  This explains why the cedar trees on the cliff at BonEchoProvincialPark here in Ontario are hundreds of years old and only a few feet tall.

A plant knows its place.

Perhaps the most fascinating finding of all is that plants actually know where they are.   The recently popular ‘upside-down tomato planter’ proves that a tomato can grow upside down quite nicely.  Not only that, the green part of the plant continues to reach upwards and the roots continue to move deep into the vertical soil.  Simply put, the tomato plant knows what to do regardless of the abuse that we heap on it.

This is called ‘proprioception’.  We have the same ability as a plant does: to know where our various body parts are relative to each other at any one time without having to see or touch them.   This is what gives us the ability to walk and the ability for bean plants to grow in the weightlessness of outer space.

To a large extent a plant has the ability to understand its general place in this world thanks to the innate ability of the plant roots.  At the root tips exists a hormone called auxin.  While many hormones exist in a plant, none are more prevalent than this one.  Chamovitz reports, “While different stimulations activate different plant senses, many of the plant’s sensory systems converge on auxin, the movement hormone.”

A plant’s ability to catalogue experience in a memory may be hard for us mere mortals to fathom.  However, when a pea plant is exposed to light and a tendril stimulated by rubbing it with a finger, the tendril will recoil as if holding on to the finger.  Like a baby who grips your finger when you place it in their palm.  The interesting thing is that when the same pea plant is placed in a dark room two hours later it spontaneously coils around your finger without having to rub it.

The Venus fly trap that I mentioned earlier can remember when the tiny hairs on its trap are touched at one end and the hairs at the opposite end touched 20 seconds later.  In fact it is only with that brief interval of time that the trap WILL shut as this timing is used by the plant to determine whether the predator is worth eating or not.

One more new word for you: vernalization.  The period of cold that is required to trigger the flowering of a lilac and other winter hardy plants.  How does a plant know that spring is spring and not fall, when day length is similar?  The answer is: it remembers the cold that it experienced only a few weeks prior.

Moreover, memories are handed down from one generation of plants to another.  It is fascinating to learn that plants not only encode their experience with cold weather but also other conditions that create stress on a plant like ultraviolet light or attack from disease.  Progeny plants behave as if stressed themselves, while it was their parents that experienced the stress. The current generation of plants reacts similarly to the parent, thus building into their DNA the new code required for successful existence and procreation.

All of this is to say that plants have their own methods for smelling, seeing, and feeling.  While they are markedly different from our own, it is important to know that the oak that you touch this morning will remember your touch, even if it will not remember you.

“You, on the other hand, can remember this particular tree and carry the memory of it with you forever.” ~ Danial Chamovitz

What a Plant Knows