Cities Can Feed Themselves

Fatherhood is telling your daughter that Michael Jackson loves all his fans, but has special feelings for the ones who eat broccoli. ~vegetable quote by Bill Cosby

Last week I asked you to consider a different residential development, one where residential units surround a complex of farms.

The concept is similar to that of the ‘golf course’ model, where houses are built around an 18 hole golf course and a community lifestyle revolves around the resulting green space and activities that occur there.

The varied concepts that revolve around ‘urban agriculture’ raise many issues for urban planners, developers, and the permanent residents who flank urban ‘farmland’.  Let’s explore some of them here.

In his book, ‘The Urban Food Revolution’, author Peter Ladner points out that there is magic in an urban farm that is half acre in size, from the point of view of profitability.  Enter ‘SPIN’ farming, acronym for Small Plot Intensive Farming.  It is specifically tailored to the high end of urban farming, where land is free, no capital investment is required, the productivity of the small farm is labour intensive, and the plots provide high value.

Wally Satzewich is the originator of SPIN farming.  He borrows land from 25 residential land owners in Saskatoon.  Sometimes he pays nominal rent, usually in the form of produce, not cash.  Each garden plot ranges in size from 500 to 3,000 square feet.  Satzewich claims that he generates over $50,000 in cash from his efforts annually, minus costs, which are nominal.  It’s not a bad living for 9 months of work per year.

He points out that if he increases his land base above a half an acre he adds incrementally to his costs as the need for expensive power equipment has to be factored in.  With a total of half an acre he is able to manage vegetable production manually.  To support his growing operation he purchased a used van, a used rototiller, and an old pop cooler.  He sells his produce at local farmers markets and through a Community Supported Agriculture program in his neighbourhood.

Wally is the first to say that there is nothing new in what he is doing.  He is just organizing himself differently from most other farmers.  As he puts it, “There are two things all SPIN farmers have in common – markets to support them and an entrepreneurial spirit.”  Details at www.spinfarming.ca

A new vision of how urban folks access their food is emerging. Whether we build new developments that revolve around urban farms, or we convert existing green space into community gardens and allotments, or permanent residents offer their yards up for ‘rent’ to other people who do the actual work, the fundamentals are the same and the benefits are enormous.  They may be hard to quantify but they are enormous.

Incredible Edible is a program started in Todmorden England by Pam Warhurst.  This is the most aggressive volunteer-driven urban agriculture program that I am aware of.    Her recent TED video generated over half a million views.  In it she explains how her program cost the municipality nothing, attracted volunteer action verging on a ‘revolution’, engaged the entrepreneurial and artistic community, and provided an idea that is catching on across the UK.  I urge you to look at it when you have 14 minutes.

Pam talks about how children can benefit by ‘walking by their food source each day’.  Eliminating the mystery of where our food comes from would provide a great service to the next generation, if you ask me.  Unfortunately, many of us do not recognize food unless is it ‘plastic wrapped with instructions written on it’.

Incredible Edible is creating a new industry called ‘Vegetable Tourism’.  You can visit Todmorden, evidently, and take the ‘Edible Tour Route’ which includes amusingly the ‘Beet Route’.  I plan to do it this summer.

One of the hurdles to this vision of new urban life is the establishment of a new set of by laws that encourage creative planning while embracing the concept of urban farming in the broadest sense.  Take chickens for example: in the UK, hens are kept by half a million urban people.  My wife and I raise chickens and they are not dirty or noisy, providing that I clean out the pen as needed.  Just take a pass on housing a rooster and all is well.

Changing the bylaws that frame our vision of a great city is a challenge that every major city on the continent is grappling with.  Chicago, Cleveland, Baltimore, and Milwaukee have all gone through it and have made substantial changes in the last 10 years to address the issue.  It all begins with a desire to give urban dwellers the opportunity to feed themselves and to have greater access to locally grown food.

Who is going to pay for urban farming?  After funding initial capital costs through government grants or loans and through private citizens and foundations they can be self financing.  A small development charge can cover the start-up costs of a farming complex.  Operating costs for educational programs and keeping the heat on in the community centre can be funded by a .5% charge on the sale of every home sale, including resales in a community that is serviced directly by the farming model.  Only residents interested in accessing fresh food would be interested in living there and, therefore, willing to pay something for the privilege.

Developers, urban planners, and landowners create a community when they incorporate urban farming into a residential plan.  Local real estate values are enhanced [money in the pocket of home owners], the local activity centre becomes the focus of civic engagement and socializing.  Friends are made.  Local people have access to great quality food for much of the year.  Every resident, young and old, is entitled to an education in food production.

For farmers, the concept offers access to a ready market of consumers.  Urban farmers are members of the community, not outcasts.  Like the local barber, butcher, milk store operator, and banker, the local farmer is a part of the community.  Local farms provide jobs for students during summer and protect the local open and ‘green’ space.

One more thing: replacing food sources ‘in the country’ with local food can take a lot of pressure off of the tension that exists between the ‘save the farmland’ people and the ‘we need more urban housing’ groups.

In short, the concept of urban farming, when explored in its broadest terms, provides a new model for living in cities that will shake our world as we know it, in a good way.

I invite developers, planners, architects, and anyone who enjoys eating to contact me with their own ideas of how we can embrace the growing interest in urban agriculture.  I would be pleased to publish the best ideas in future columns.  Go to www.markcullen.com and connect with me through ‘Ask Mark’ on my home page.

In the mean time, what hope is there for downtown Detroit, the centre of the universe of urban decay?   Answer: a model for urban development that could be a shared vision for the future.  That is next week in this column. 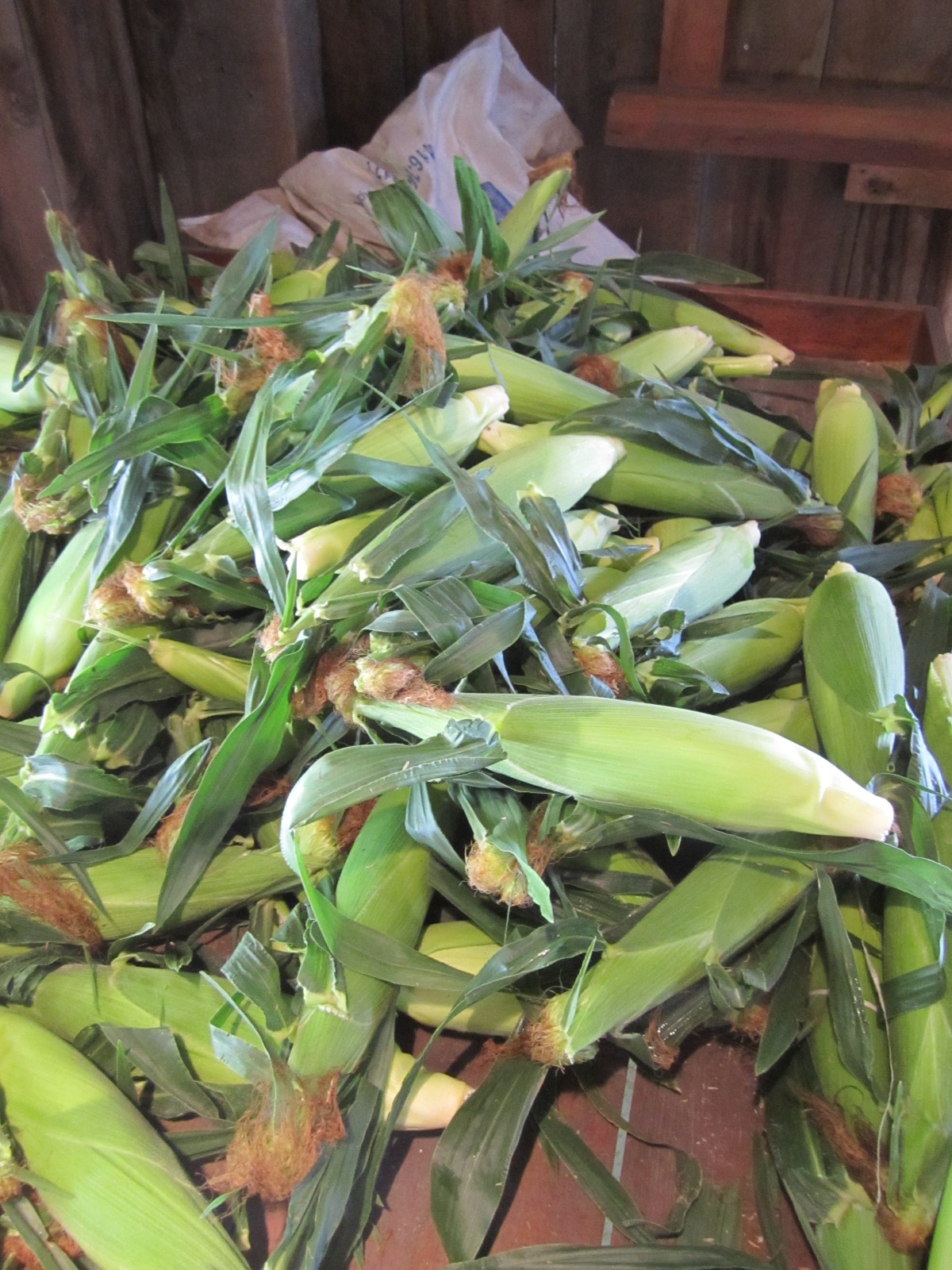 Question of the Week

Q/ How do I test the pH level of my garden soil?

A/ I use a CIL Soil Test Kit.  This kit allows gardeners to test soil nutrient levels and soil pH.